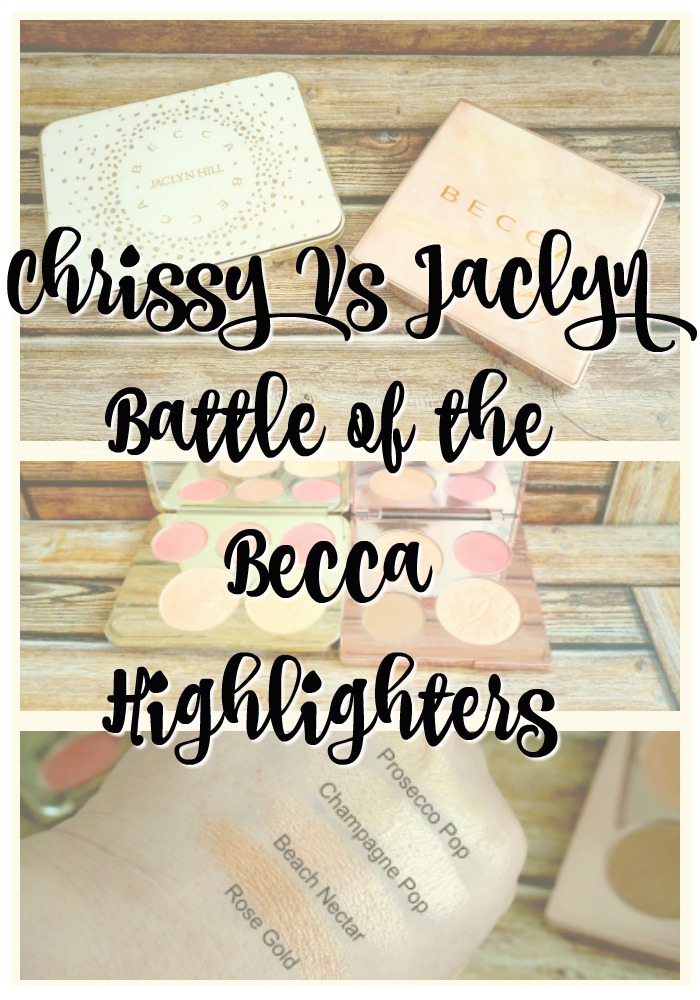 We all know how much the Champagne pop highlighter really took the beauty industry by storm so when I bought the Chrissy palette I wanted to show a comparison.

I was worried that the highlighters looked similar in the palettes but actually they aren’t at all.

I would suggest that the Becca x Jaclyn Hill palette would be more suitable for all skin types but the Becca x Chrissy Teigen palette is much more directed at medium to deeper. 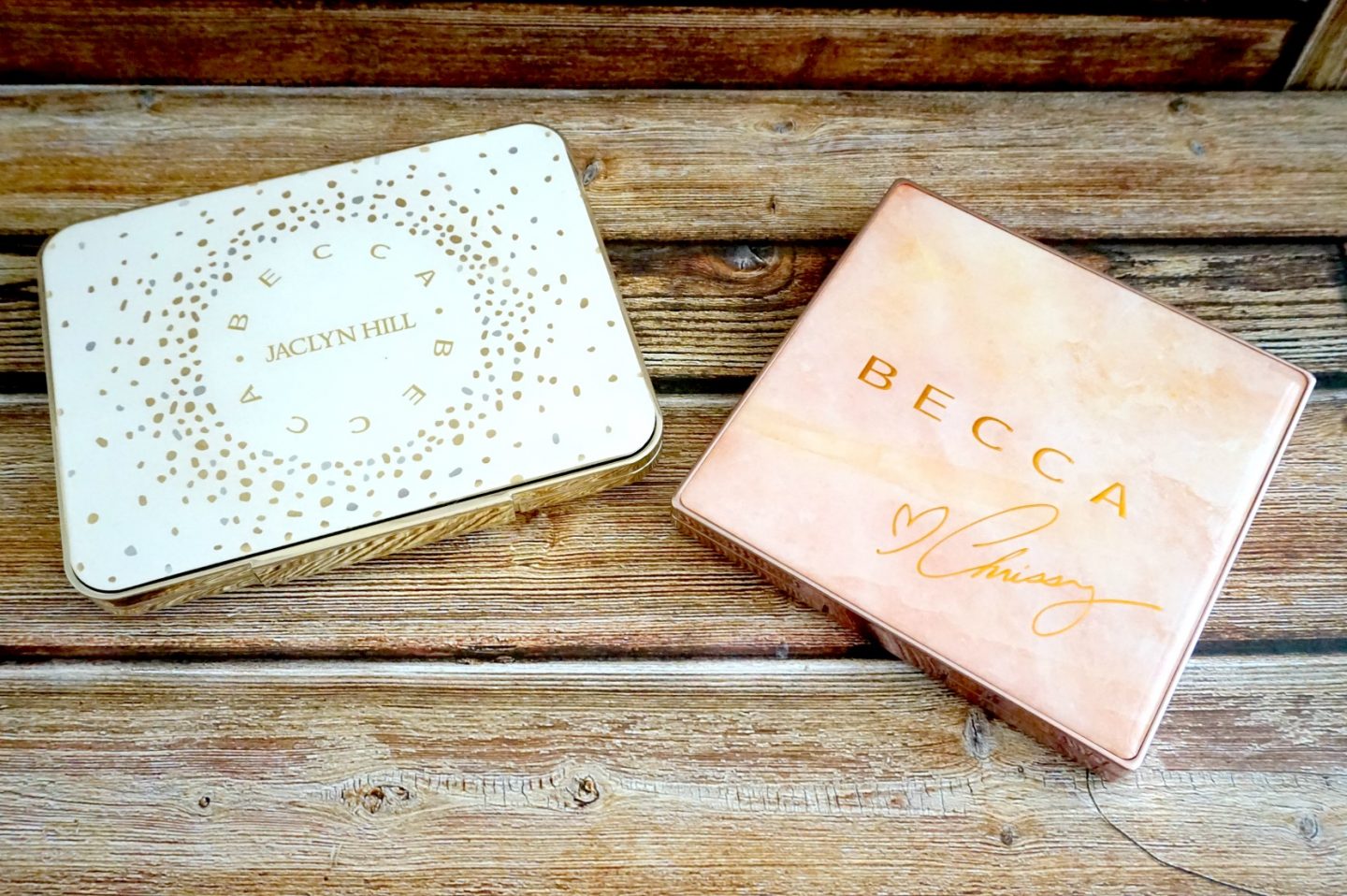 The palettes are similar sizes and have a similar plastic top (which I can only describe as frustratingly grippy – if you have one you will know what I mean!)

They are not that disimilar in size apart from the Jaclyn Hill palette having an extra blush.

they both have the full size highlighters in though which is fantastic. 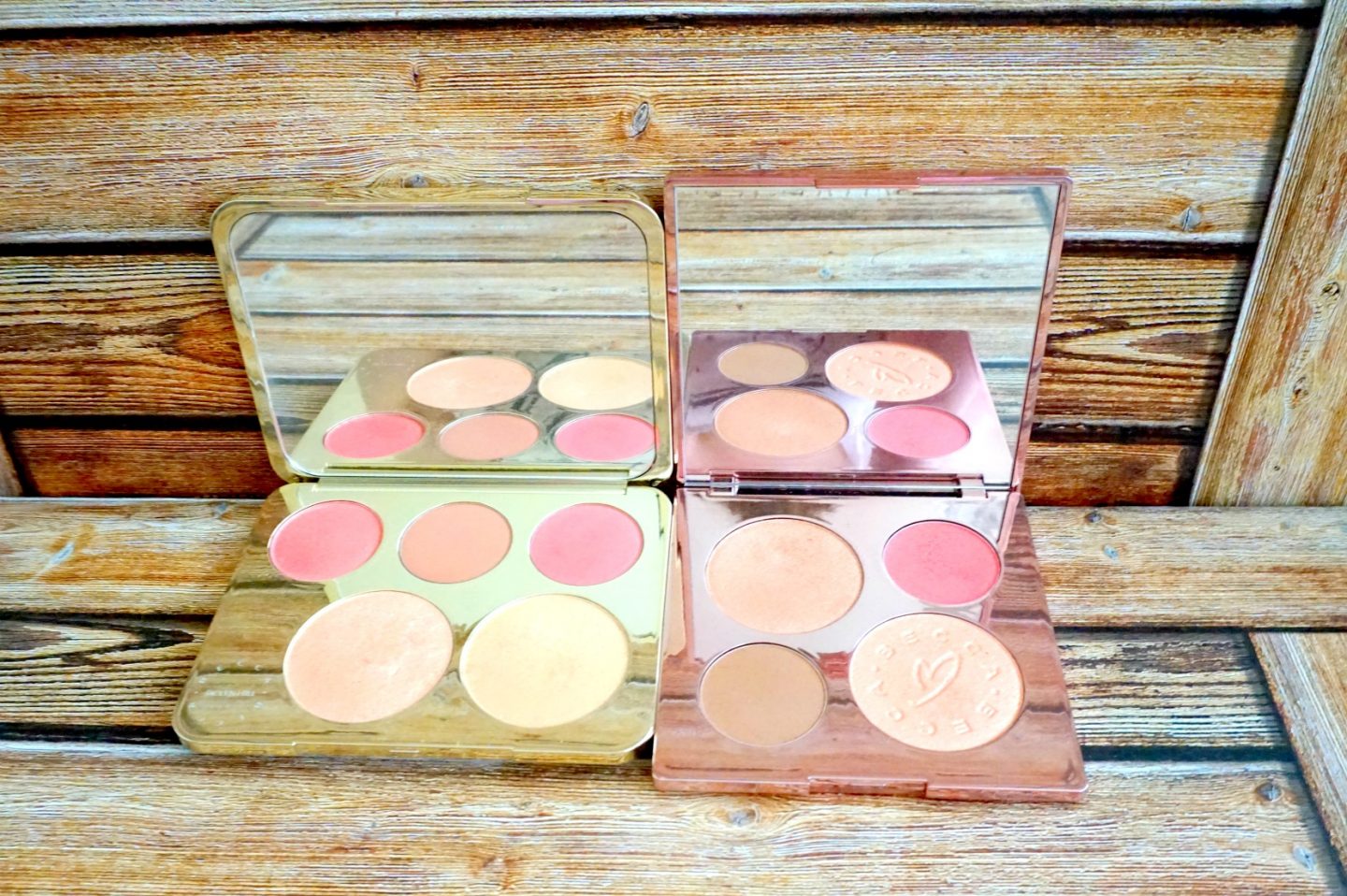 I love that they both have full size mirrors and a metallic shiny casing housing the products.

As you can see from the palettes they are quite similar to look at but the swatches will show the differences.

I love that the Chrissy palette has an embossed emblem in the Beach Nectar highlight, just looks so pretty.

They really are quite beautiful though – I didn’t think I would like the layout of any of them but I really do. It might put those with OCD in a tizz but I am ok with it. 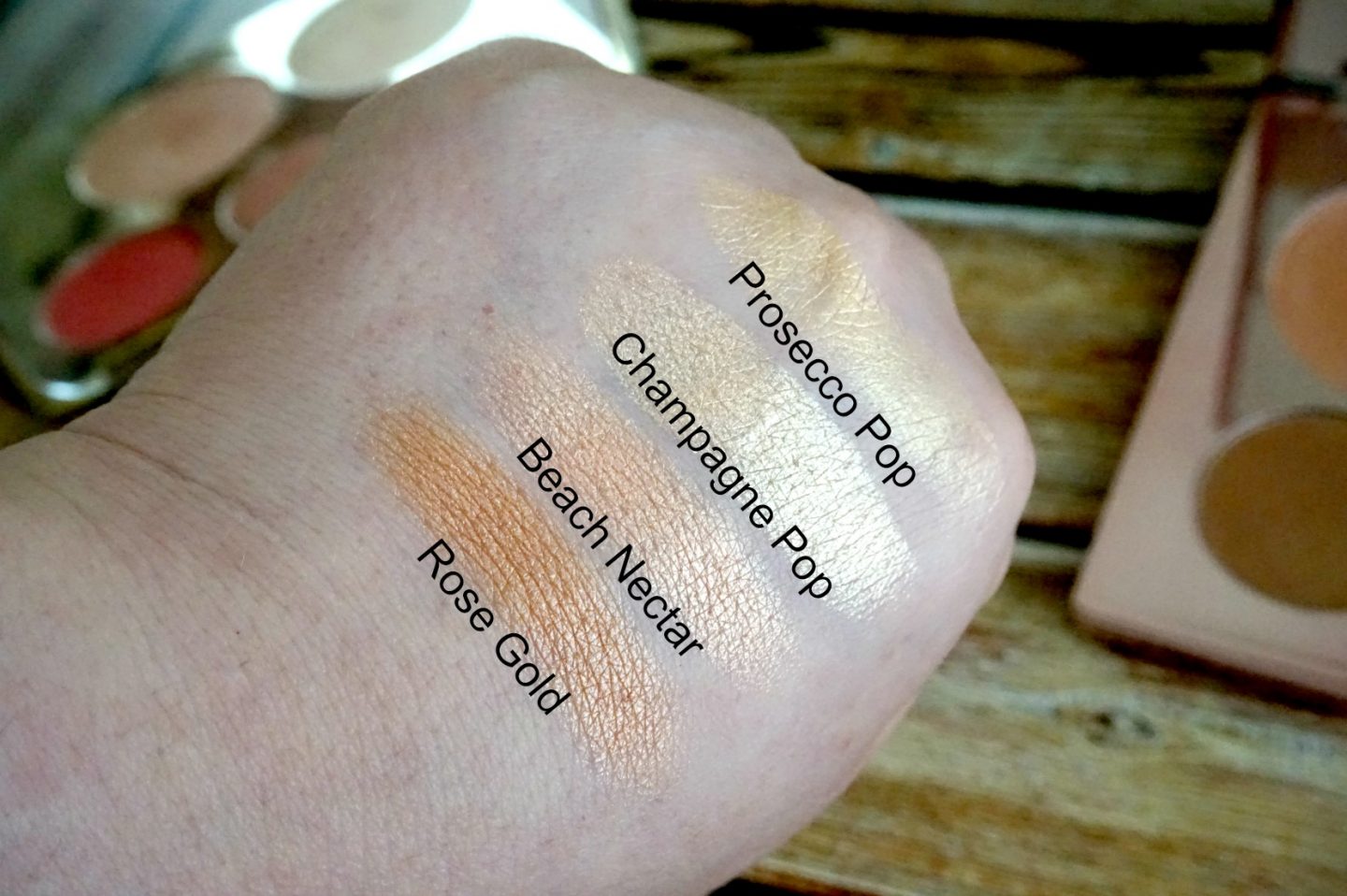 I have swatched and named the highlighters in the picture above so you can really see the differences as I think in the palette form you can’t see them.

I have already reviewed the highlighters in the Chrissy palette here. I love the Bech Nectar shade in it and if I need to tone down Rose Gold I can use he other lighter ones to mix in.

I am really happy I have both palettes. Do you need both? No! But is it nice to have. Of course!

Have you got either of these?