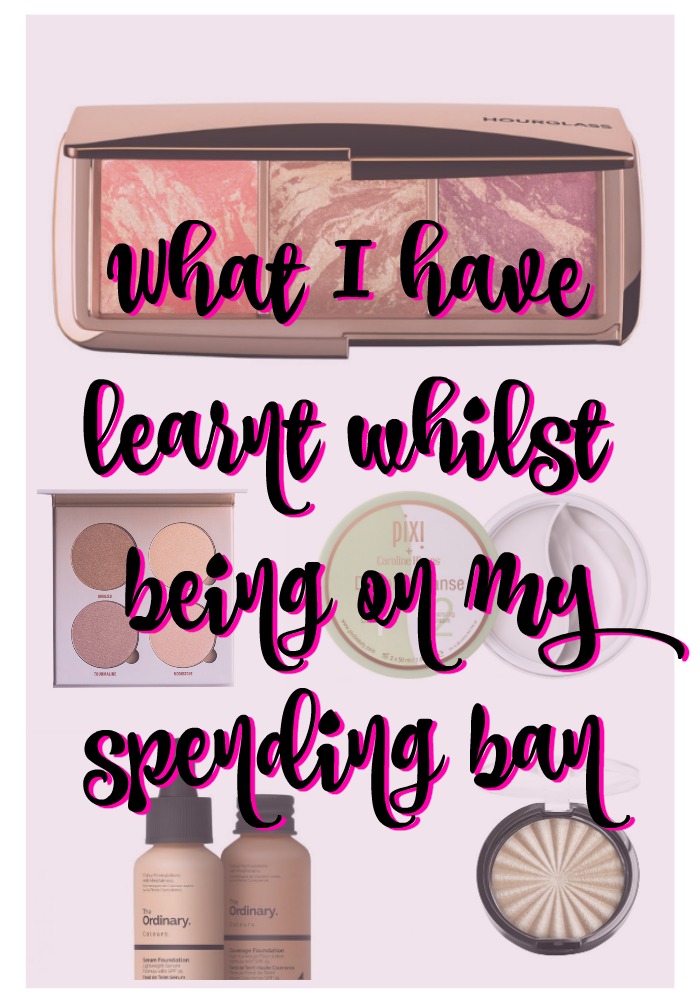 At the beginning of this year I spent a lot of money on beauty products. So much so that I decided to go on a spending ban from the 16th February to the 23rd March (payday to payday) without buying any beauty (apart from essentials).

I know what you’re thinking? Why are you doing this? What are you trying to prove?

Well, I am in London on the 23rd and I wanted to make sure I wasn’t in a tight spot for cash. It’s always hard to be in London with no money.

Also, it’s Claires birthday and I really want to treat her to a nice meal and I hate worrying about money. I have already bought most of her presents too with a couple to pick up.

So I have a reason to save a little bit of my expendable cash flow.

The other thing you’re thinking is ‘Leah, it’s only makeup, can’t you just not buy makeup without making a big deal of it’ and actually, the other reason for doing this is because I wasn’t sure I could. There have been other times I have said I was on a spending ban and I couldn’t do it. I actually thought I might have a spending problem to be honest and even though we own our own  home and we can go out for meals and enjoy life together we don’t have a huge amount of money for luxuries.

I thought I would struggle so here is a run down of each week, how I was feeling at the time and how it feels now with only 3 sleeps to go.

Week 1) Usually this time it would be fresh payday wants. I would be looking for new beauty products to buy and making impulse buys. I noticed that Ofra was released on Beauty Bay so I definitely would have bought that in this week. I resisted, it was only week one and I was quite ok with my new amazing products so I didn’t have too much of a yearning. 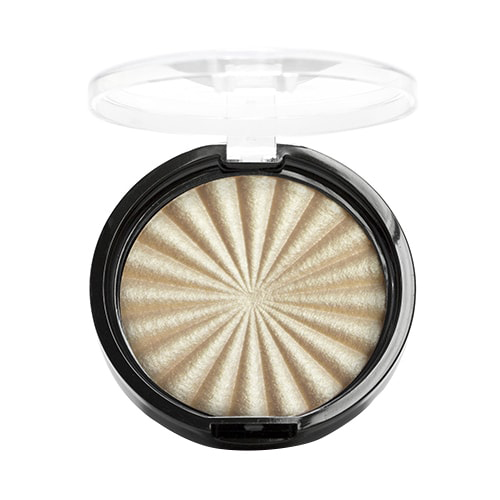 Week 2) This week wasn’t too hard. I was so very busy with work and I had no let up. It was difficult to get anything done. Also, an order I made before the ban came from TAM beauty so I didn’t feel like I was missing out so much on spending money. 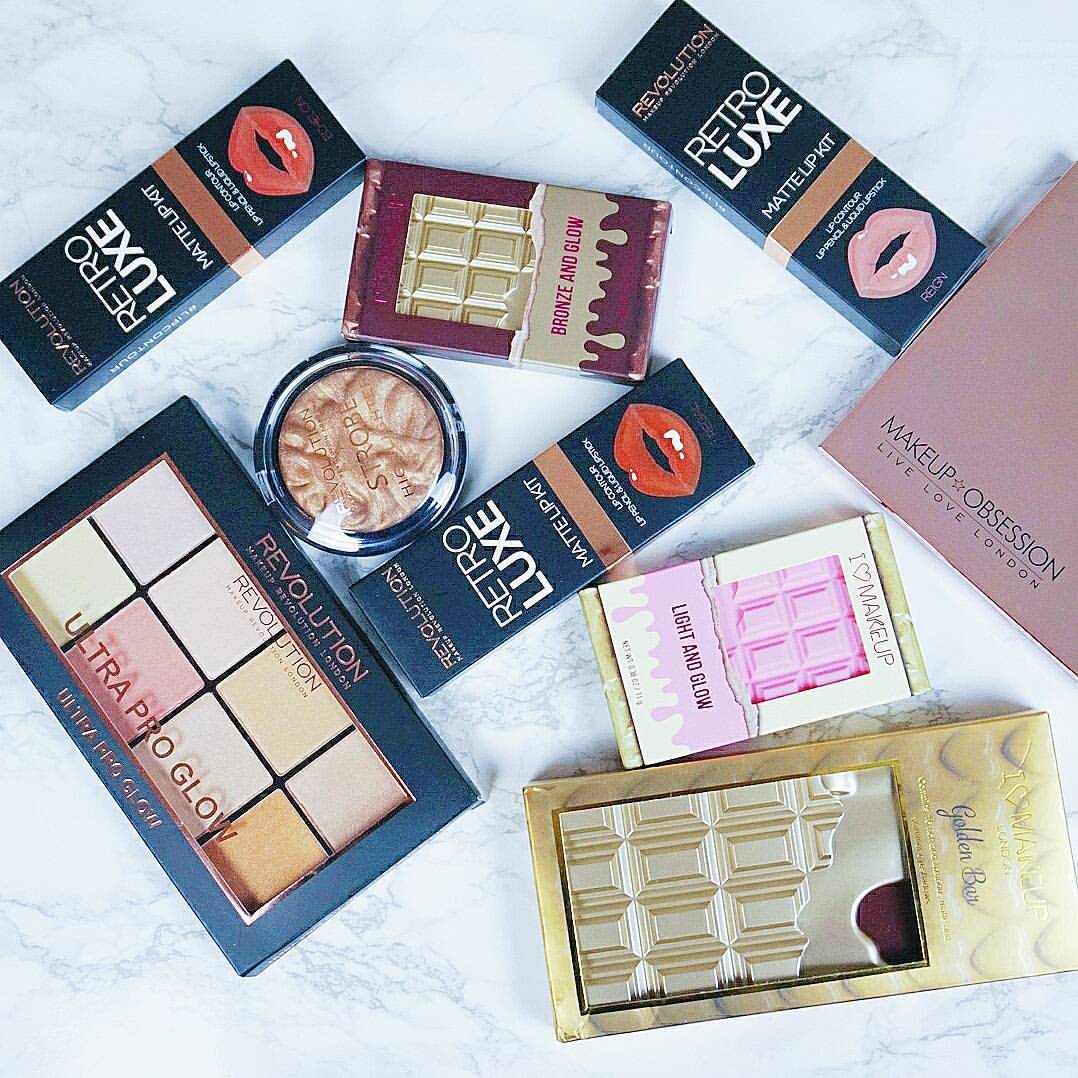 Week 3) I had run out of micellar water so decided to pick a new one up. I found one in Tesco for £3 and so far it’s been quite nice. It is unfortunately near the makeup stands in Tesco which I love to browse but luckily Claire was with me so I was able to keep moving to get the shopping done. It was the only thing I bought this week. I couldn’t believe I had made it through this week. I was over half way through. This really gave me a boost – 3 weeks was a record for me.

Week 4) This was the week that the Style XL awards happened. I admittedly ordered some new clothes but that was ok due to the event and also with this being a makeup spending ban I wasn’t including the items of clothing. This was also the week that the Androgony palette came out from Jeffree Star and I was ready to buy it – it was in my cart and I knew I would miss out but I didn’t need it. So I closed the window on my macbook and walked away. 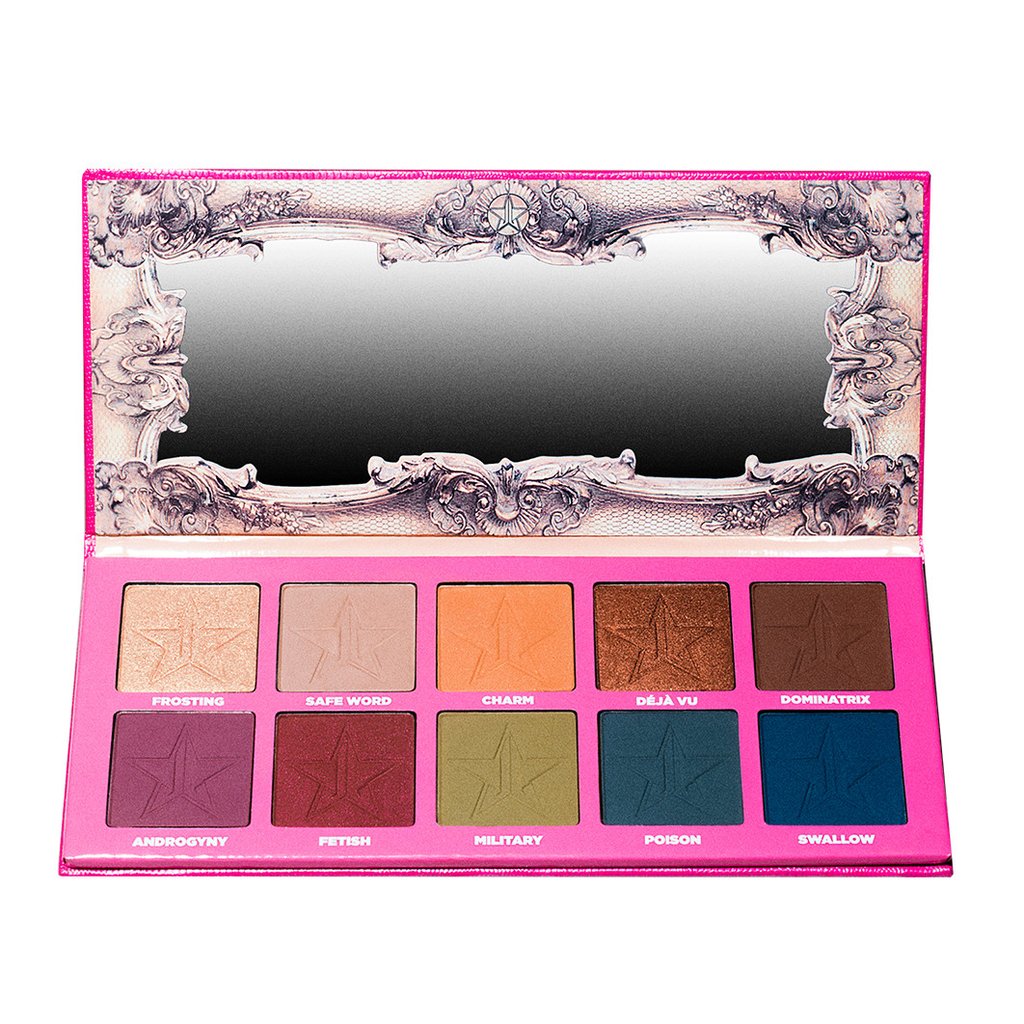 Finally, week 5, with 3 sleeps to go) I am so pleased I did it. I thought I would crumble. I think I might try another non spending month after April’s payday up to our Anniversary – we are going away for a romantic weekend and I want to have enough money to enjoy a nice meal out and possibly go shopping so will set some time aside for that.

Anyway, for me, I think these are the tips I would give you if you want to try a spending ban:

As for content for the blog – I have not been lacking. It’s actually made me really think about what I want on my YouTube channel and my blog and how to really invent good original posts.

Have you ever gone on a spending ban?